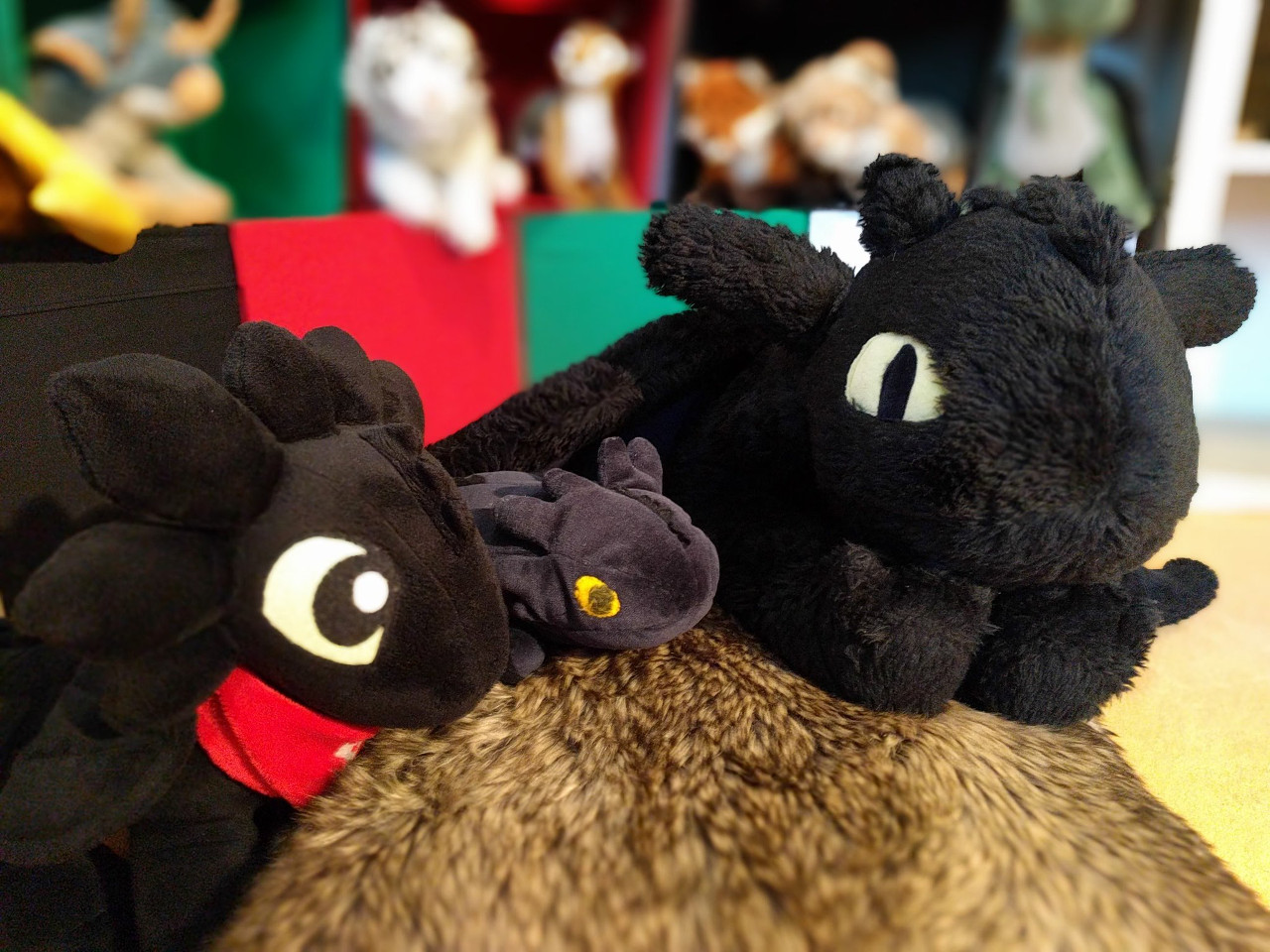 The first plushie I ever made! A Night Fury! I found a tutorial for making a Toothless plushie and thought “Why not”. Since there are no good dragon plushies anyway this seemed to be a good way to get one. Now - more than two weeks later - I am done and must say: Wow - this was time-consuming! I nearly gave up near the end but now I’m happy I didn’t.

I have never sewn anything before so I had to learn it from the beginning. But it was totally worth it. And I’m happy with how it turned out. To my mind it turned out much better than the official Night-Fury plushies (well, to be better than those isn’t hard).

Made of Nicky plush, the crest and the eyes are made of felt.